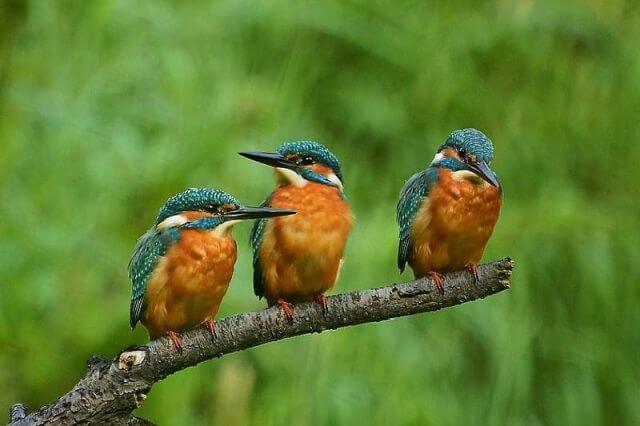 As a species, humans have become increasingly urbanized and as our cities have grown, so has the number of species that have followed us into these expanding spaces. Progressively, more people have started taking interest in the wildlife within our cities and the fields of avitourism and wildlife tourism are becoming a big business.

Watching Birds in the City, Parks and Your Backyard

A prime example of the draw of wildlife in our cities occurred in New York in 2015. It happened in Brooklynn’s Prospect Park where there was a sighting of a rare Painted Bunting. Within hours ‘Birders’ started arriving from all over New York’s metropolitan area and within days the New York press were also encamped in the park, more to cover the crowds that had gathered than the rare and lovely bird.

The birders arrived in swarms, festooned with cameras and high-powered binoculars, and garbed in clothing more usually reserved for trips to the wilderness. Not a city park. For a while, that rare and beautiful bunting was the most-watched creature in the USA. 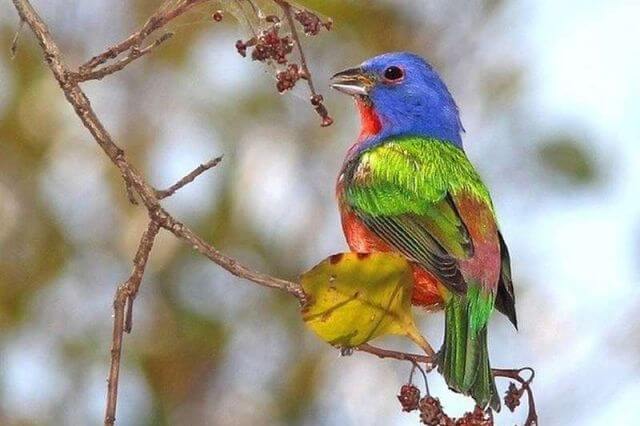 In Your Own Backyard

Sometimes you just need to open your eyes to see what is around you. It seems we sometimes forget just how wonderful a planet we live on, and your own backyard is as good a place as any to begin to appreciate this.

The benefits of doing a spot of birding in your own backyard can be surprising and with a bit of patience can quickly become an engrossing hobby. For the cost of a couple of feeders and a sack of bird food, you can quickly start having fun watching the antics of your newfound friends.

Birds can be very entertaining, with each species displaying different characteristics, some are solo creatures, some will always visit in pairs. Part of the fun is getting to know your regular visitors and identifying their species and learning how the characteristics differ. They can become like pets and over time one or two braver ones may feed directly from your hand!

There are other benefits too, not only will birds flock to your feeders, but while they’re in your garden they will also act as a great natural insecticide as many birds feast on all sorts of bugs.

Plants can benefit too, and if you grow some nectar-rich flowering plants then you may have hummingbirds come to visit.

And we haven’t even touched on mental health. The benefits of sitting just watching nature going about its business are known to have calming and therapeutic benefits, a natural remedy shown to have positive effects in helping to contribute to inner peace and balance.

With such natural riches available in our own backyards, it is no wonder that urban avitourism and wildlife tourism finds more and more followers.

With such birdlife available in our cities it was only a matter of time before birders sat up and took notice, and now increasingly there are purpose-built tours and holidays aimed at this burgeoning market.

Bird Watching tourism is the largest form of wildlife tourism and while most people wouldn’t consider the city as a typical wildlife tour destination, birders and avitourists are increasingly drawn to cities, with parks being the primary destination. However, it perhaps shouldn’t be a surprise that landfill sites are also popular. Birds will actively seek out these sites because of the abundance of food available. And where birds flock, so will birders, even to landfill sites.

And as the Brooklynn Park example showed, it just takes one bird to quickly attract a crowd. Cities are rapidly coming to realize this and are taking steps to encourage the practice of avitourism and wildlife tourism, being fully aware of the potential financial boon of this growing sector.

In fact, worldwide cities are beginning to sit up and take notice. In Vancouver for instance, where all their promotional literature emphasizes their easy access to outdoor activities policy. Whilst in Singapore the city is rebranding itself as a city within a garden and are implementing policies to ‘countrify’ the city.

In the states, in Washington DC, the Smithsonian Institute has a running program to create suitable habitats for birds to thrive in. And many other American cities have signed a treaty by the US Fish and Wildlife Service called the Urban Bird Treaty. Launched in 1999, the first city to sign was New Orleans and was closely followed by Chicago. As of today, there are a total of 30 participating cities, ranging all the way from Alabama in the south to Alaska in the north.

This treaty has 3 stated goals:

If this momentum towards better integration of nature in our cities continues then the growth of these sectors will grow exponentially. 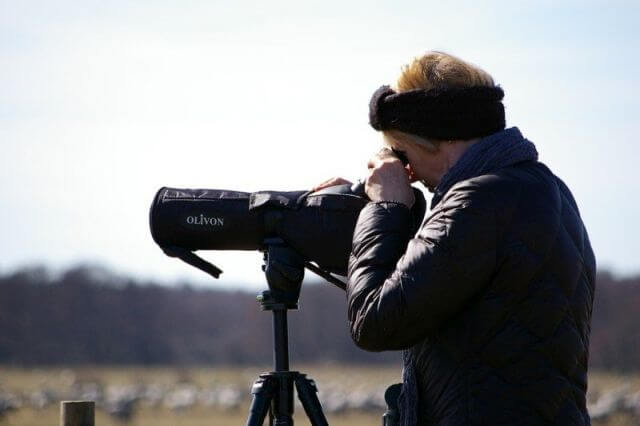 The Future of Urban Wildlife and Avitourism

While many of us bemoan the loss of wilderness and the growth of our cities, it is sadly a statistic that will remain with us for the foreseeable future. However, given the growth in bird watching and other wildlife tourism, and the educational benefits that result, the expansion of this sector should be encouraged as much as possible. Not just for the financial benefits for the city and its population, but for the good of the planet as a whole.
Learning to make our cities more nature-friendly will not just help wildlife find a niche to exist within. It will help educate the population as to the importance of nature preservation.

This is not just our planet, it belongs to every living creature, our cities should be the same. We want rare and beautiful birds to visit our parks and backyards. There can be only benefits to taking such actions to encourage these wonders of nature into our gardens and trees.

So. If you haven’t already done so, maybe now is the time to purchase that bird feeder and settle down on the porch and watch these magnificent creatures going about their day-to-day business.