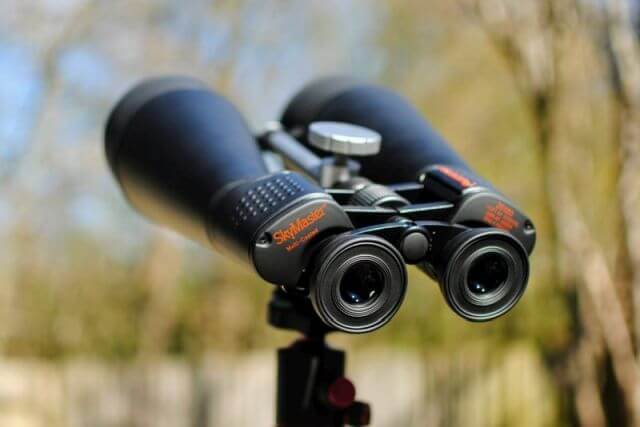 This post contains affiliate links. If you click on a link and make a purchase I earn a small commission at no extra cost for you.

If you are looking for American made binoculars you might be out of luck. You may be surprised to find out that while there are so many American brands, there really aren’t any binoculars made in the USA. At least not from scratch.

Although the U.S. has a multitude of companies selling optical equipment and whole ranges of binoculars for any purpose and to suit most budgets, very few of them use optics that are USA made.  For the most part, the optical glass used in American binoculars has been produced in China, Japan, and Europe. Even American-owned companies like Bushnell, Celestron,  Carsons, or Vortex have most, if not all of their manufacturing done overseas.

For a long time, various components and optical parts of binoculars were bought abroad and the binoculars themselves were assembled in the USA. But that is also no longer always the case and it can no longer be said that these binoculars are made in America.

Fortunately, the companies do not compromise on the quality of their products and have maintained very high manufacturing standards. Quality control is very thorough to ensure that the reputation the companies have earned is maintained and that customers are 100% satisfied.

Leupold and Stevens, Inc. is a fifth-generation American family company that was founded in 1907 by German-born precision mechanic Markus Frederich Leupold and his brother-in-law Adam Voelpel under the name of Leupold & Voelpel as a repair shop for surveying equipment. In 1914, John Cyprian Stevens became a partner in the company, in 1942 the name was changed to Leupold & Stevens. From 1947 Leupold & Stevens began with the production of riflescopes. Today the Leupold product range includes binoculars, spotting scopes, riflescopes, and rangefinders for hunting, sports, and the military.

Are Leupold binoculars made in USA?

The company is based in Beaverton, Oregon, USA, where Leupold designs, manufactures and assembles its binoculars from parts made in the USA and abroad. The chassis and mechanical components are largely made in the USA, but the optical glass components used in Leupold binoculars are imported from renowned premium glass manufacturers from Europe or Japan. 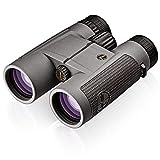 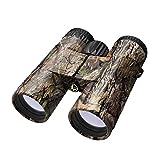 Where are Vortex binoculars made?

Vortex was founded in 1986 and is an American family business owned by Dan and Margie Hamilton. The company is located in Barneveld, Wisconsin, and is trading as Vortex Optics since 2002. The core business consists of binoculars, spotting scopes, riflescopes, and other optics accessories for hunting, bird watching, wildlife watching, outdoor recreational sports, and law enforcement.

The company philosophy is to offer the best products and the best possible service at the best possible price in the optics industry. All Vortex products are designed, constructed, and tested by Vortex Optics in their modern workshops in Barneveld. But the actual manufacturing is located outside the U.S. with most of its products being assembled in the Philippines, Japan, and China. However, all products are manufactured under the highest quality standards and control and for absolute customer satisfaction. 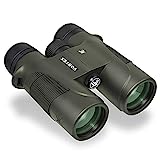 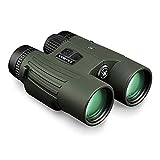 Where Are Bushnell Binoculars Made?

The Bushnell brand has been around since 1948 and prides itself on making affordable yet high-quality spotting scopes, telescopes, and binoculars for the birdwatching, hunting, and wildlife-watching community. Founded in 1948 by Dave Bushnell in the US state of Pennsylvania, the company is now headquartered in Overland Park, Kansas. Today Bushnell is a subsidiary of Vista Outdoor Inc. a large American company whose business is in the outdoor and leisure sports products sector.

The range of binoculars from Bushnell is very large and covers almost every area of use that would be conceivable for binoculars. With over 100 models in over 20 different product lines, Bushnell offers one of the largest ranges of binoculars available today. All models are manufactured with the extensive experience of Bushnell and rely on the latest knowledge and processes in the field of optical technology. All Bushnell binoculars and optics are manufactured under strict quality control in Asia, mainly in Hong Kong and Japan.

Celestron was originally founded by Tom Johnson in 1964 as a subsidiary of Valor Electronics in Torrance, California, and in 1966 began building Schmidt-Cassegrain telescopes as the world’s first manufacturer. Between 1980 and 2002 there were several changes of ownership, since 2005 Celestron has been owned by an American subsidiary of Synta Optics, one of the world’s largest optics manufacturers from Suzhou in China.

Celestron manufactures binoculars for a wide range of applications and high-quality telescopes for amateur and hobby astronomers. The binoculars are manufactured using the same technologies and innovative methods that are used for the other optical products. This makes Celestron one of the technology leaders in the binoculars market. 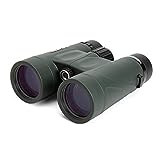 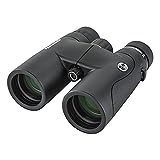 Carson Optical, founded in 1990, is a company based in the US state of New York and offers a wide range of binoculars, monoculars, spotting scopes, magnifying glasses, and microscopes. Carson maintains high-quality control of all goods that can convince with their affordable price. Enthusiastic outdoor fans, hunters, hikers or bird watchers who like to spend their free time in the great outdoors will surely find a suitable model in the Carson binoculars product line.

In their production facilities on Long Island, different product series are assembled from parts manufactured there and optical glasses bought abroad, which cover all areas of application and customer requirements. Especially the Carson binoculars from the 3D and RD series are robustly built and particularly suitable for nature and bird watching. 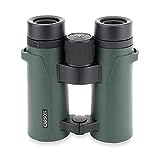 Maven Outdoor Equipment Company is based in Lander, Wyoming. The company is 100% American-owned, the three founders look back on many years of experience in the outdoor industry, as active outdoor enthusiasts they know exactly what an experienced binocular user is looking for.

Maven is one of the few companies that assemble some of their end product in America, although they do use imported lens glass from Japan, China, or the Philippines. Maven Build launched its line of binoculars in 2014.

In a short time, Maven has gained a reputation and is now an established name among high-quality binocular brands. There are currently two binocular lines (B and C) with several models of different specifications. They also have a couple of rangefinders, rifle scopes, and spotting scopes in their program. 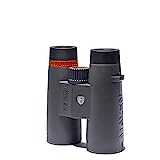 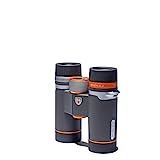 Quite uniquely amongst the manufacturers in this list, Meopta is a joint American and Czech company. Meopta was founded in 1933 by Alois Benes as Optotechna in what was then Czechoslovakia. In 1946 the company was renamed Meopta and over the next few decades developed into one of the world market leaders in optical instruments.

Meopta operates internationally and also operates a state-of-the-art manufacturing facility in the USA. US manufacturing takes place on Long Island in the state of New York.

Meopta U.S.A., Inc facilities develop, manufacture, and assemble state-of-the-art optical, optomechanical, and optoelectronic products for industrial and consumer use. The binoculars from Meopta, like the many other optical instruments that the company manufactures, undoubtedly belong to the premium class of binoculars. 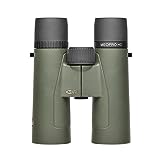 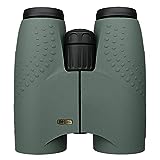 Burris Optics is a manufacturer of hunting optics and accessories based in Greeley, Colorado. The company enjoys an excellent reputation among hunters for high-quality riflescopes and hunting optics. The product range includes over 200 different rifle scopes and various binoculars which, thanks to their high quality, are known how to satisfy the highest demands and requirements of hunters.

When Burris Optics began manufacturing binoculars in 1992, they initially manufactured all of their binoculars and hunting optics in the USA, but have now also relocated production. Today everything is made in the Philippines and China. But thanks to their strict policy towards quality control, the quality of their product is still of the highest standard despite this change.

Amazingly the name Burris Optics is only known to few people outside of the hunting community, although the high-quality optical products are really robust, perform very well, and are great value for money.

Athlon Optics is a young brand that was founded in Kansas in 2014. With a very competitive value-for-money ratio, Athlon quickly established itself in the optics market and made it very popular in North America and Europe.

Athlon sells hunting optics and binoculars which are all manufactured in Japan or China. However, all products are put through a rigorous quality control inspection in the USA before being made available in stores or online. 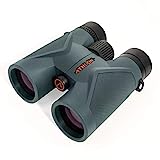 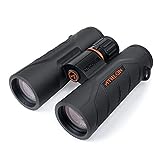 Why don’t binocular manufacturers make their products in the USA?

In most instances, it is down to cost, which is true for a lot of the manufacturing sectors, not just in the USA but in Europe and other developed countries too. While the “Made in China” label was once synonymous with poor quality, fortunately, this is not always the case anymore when it comes to the quality of binoculars. Surely the absolute cheap binoculars leave a lot to be desired. But there are also many models that have a really good price-performance ratio. This is primarily due to the fact that traditional American made binoculars manufacturers that nowadays have their products produced in Asia, demand high-quality standards.

It is easy to see why all the manufacturers have gone down this route. After all, if a competitor is selling a similar quality product as your own, but at half the price, then obviously you would need to try and do similar if you want to keep your market share and have your business survive.

As far as optics goes, both Japan and Europe have a history of producing High-end lenses and the manufacturing base and infrastructure to support it, which is not inherently obvious within the U.S.

The world is now a global marketplace and American companies have had to change to stay competitive in this fast-changing and ever more competitive market. But so far at least they have managed to achieve this without any noticeable loss in the quality of the end product.

While it would be nice to hold American made binoculars to your eyes and know that they were designed, and made in the USA. But these days, “Assembled in the USA” might be as good as it gets right now.