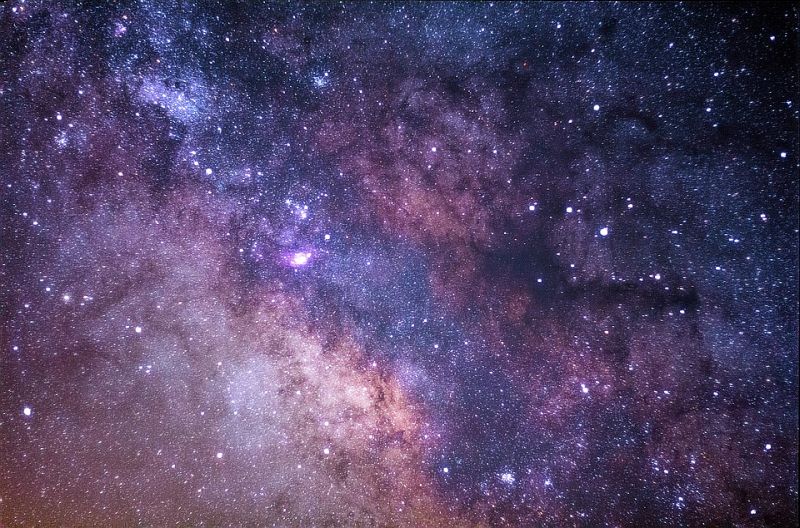 For the beginning hobby astronomer, the question of what is the best telescope for amateurs is quite difficult to answer. But it is tremendously important to choose the right kind of telescope and to know what to expect from a telescope. High expectations in what to see and falling for glossy advertising of cheap telescopes are easy to mislead. An unsuitable or useless telescope can quickly destroy the joy of amateur astronomy.  With a well-thought-out telescope, and a clear idea of what to expect the most serious problems can be avoided.

So whats best telescope for amateurs and beginners

For a beginner, the most difficult task may be to choose between a Refractor or a Reflector telescope. The different designs come with certain advantages or disadvantages depending on the objects to be observed. Don’t buy too cheap!

Entry-level telescopes should be simple all-round instruments with a decent magnification, good light-gathering power, and a wobble-free mount.

A suitable Newtonian Mirror Telescope for beginners should have about a 120mm (4.7 inches) aperture and 900mm (35 inches) focal length on an equatorial mount.
Newton telescopes with those specifications are quite popular amongst beginners as they are easy to operate and are great all-around instruments. Instruments with those specs will already show details on the moon and its large aperture has a lot of light-gathering power to detect a number of dim nebulae, star clusters, and galaxies. The equatorial mount aligns the unit with the Earth’s axis and allows easily to offset earth rotation and hold an observed object in the eyepiece.

If you rather opt for a Lens telescope – Refractor to be your first telescope select an instrument between 70-90mm (3 inches) aperture and 700-1000mm (30 inches) focal length on an equatorial mount.  A good size telescope for beginners without breaking the bank. For planetary observations and detailed viewing of the moon, small refractors are superior to reflectors.  However, the smaller aperture results in less light-gathering power though.

If you want to spend a bit more and end up with more observational power a Dobsonian telescope may be a great option. A Dobsonian telescope is a simple Newton mirror design with a large aperture, rarely under 150mm (6 inches) on a  simplified altazimuth mount. Many hobby astronomers consider Dobsonian telescopes to be the best telescope for amateurs as they are easy to set up, lightweight, simple to use. Some miss the convenience of the parallactic mount here, but the power of the Dobson may offset this.

Features of a good beginner telescope

The aperture of a telescope is one of its main attributes. It is defined by the opening diameter of its objective, which is the front end lens in a refractor or the main mirror in a reflector telescope.  The larger the aperture the more light-gathering power the instrument has. The size of the aperture determines the brightness and sharpness of the images you view through your telescope. Obviously the bigger the better, but also the more expensive it gets.

Deep Sky objects are displayed better with increasing aperture, as they appear brighter and more detailed. With small apertures, most nebula and galaxies are only small, diffuse spots. With aperture openings around 20 centimeters, numerous objects already show structures. Structured objects such as the moon and planets also show much more detail on their surface.

Since astronomical objects are very far away, it is understandable that most beginners conclude that the bigger the magnification the better for successful observation. This myth is often enforced by large glossy images of deep space objects in advertisements, especially for cheap catalog telescopes. In reality, the opposite is usually the case, the image becomes dark, low in contrast, and blurry.

The maximally reasonable magnification is double the aperture diameter in millimeters. High magnifications are useful for viewing very bright objects like the sun, the moon, the planets to reveal fine structures. Deep spacey objects are best viewed through instruments with large apertures at their correlating optimal magnification.

Often overlooked is the telescope mount. But it may easily be one of the most important features in the whole setup as even the best telescope optics are useless if not supported by a stable and wobble-free mount. So it may not come as a surprise that a good mount is sometimes the most expensive component of a telescope.

The ideal telescope mount depends on the dimensions of the telescope and its optics as well as the main purpose of the telescope. In astrophotography setups, the most preferred are usually the German equatorial mount. It is aligned with the earth axis so it is easy to follow the movement of a celestial object by rotating around one axis only.
The altazimuth mount is a simple two-axis mount one horizontal one vertical. It is quick and easy to set up but following an object can be difficult. A popular modification of the altazimuth mount is the Dobsonian mount.

A final word of advice

Anyone who believes that just buying a telescope is the first step towards becoming an amateur astronomer is a great mistake. If you are not already familiar with the starry sky, with the constellations, and with some celestial mechanics, then even the best telescope for amateurs is of little use. Before you buy a telescope you should have practiced with a good star map to find your way around the night sky. A good pair of binoculars is also a good tool to get the first experience in observing celestial objects.